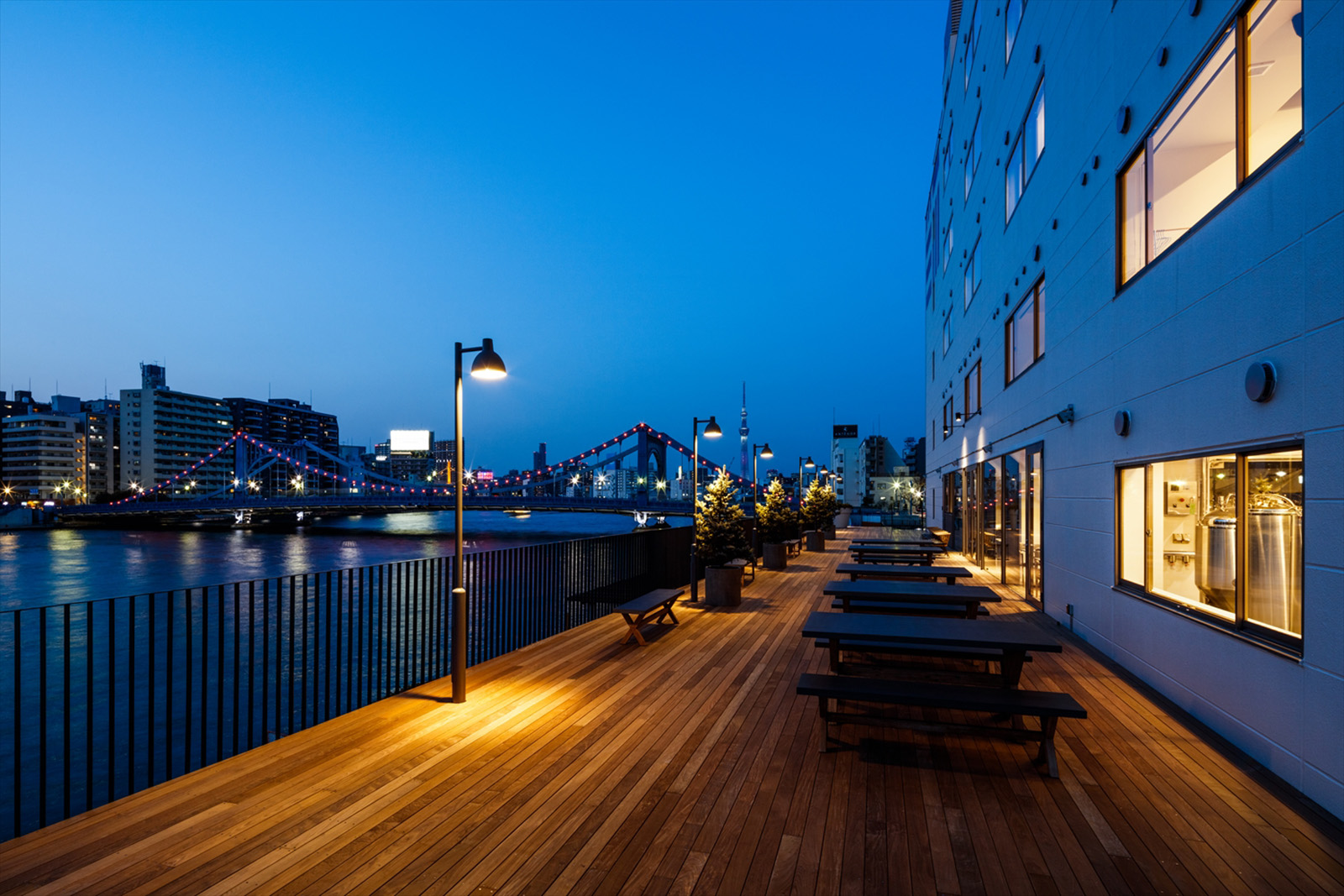 Most well-known hotels in Tokyo have committed to Tokyo 2020 Organizing Committee (TOCOG) to provide their room allotment during the Olympic and Paralympic period.

However, the hotels opened after the Olympic bid campaign is not committing to TOCOG.

"Lyuro" is a contemporary hotel established in 2017.

The hotel is renowned for the riverside terrace overlooking the Sumida River.

The building has been renovated from an office building as the part of Tokyo Metropolitan Government's waterfront redevelopment plans.

Tokyo is used to be called “Venice of the East” in the Edo period with the view of canals and rivers.

The terrace can be the potential venue for the reception and VIP program.

Rooms can be converted to the venues for the breakout sessions.

The terrace is with the craft beer restaurant inside.

Any cookies that may not be particularly necessary for the website to function and is used specifically to collect user personal data via analytics, ads, other embedded contents are termed as non-necessary cookies. It is mandatory to procure user consent prior to running these cookies on your website.